The "He said, She said" Book review of Sovereign Pleasures

The O’Raven Chronicles is proud to do another “He said, She said” review with my good friend Tammy of Tams Two Cents Book Blog. 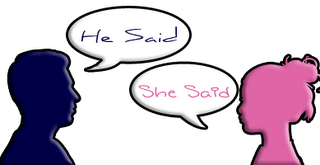 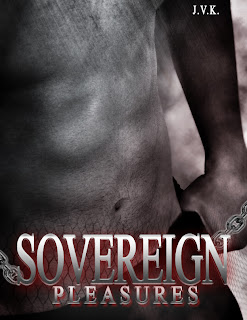 Sovereign Pleasures:
*Caution This is for 18+ contains Man on Man Sexual encounter.

A set of five short steamy stories. It takes you to the realm where pain and pleasure collide, taking you on a breath taking ride you will not forget. Meet the men of Sovereign Pleasures, and listen to their stories of their pain... and their pleasure...

(Please note that there might be what people call spoilers ahead***)

My Review (The He said portion);

It is a collection of 5 short stories; each short is a sexual fantasy set in a strange, terrific venue.

The first important thing I really have to say about this story is that the characters are compelling and the descriptives are truly wonderful. I could see it all played out like a movie in my head a times, and at other times it was like a series of paintings that were painted in sequences to reveal a story in images.

A few parts were disturbing or violent which made me like them all the more. It is hard work to disturb a mind like mine lol.

The references to blood in the first section really resonate with me personally because I have a vampire fantasy fetish and have since I was a young boy. Who was the king, and who was his warrior who ruled him so? What were they? Their total need for each other had me excited before I even got into the rest of the story.

The transvestite prince and the older butler were perhaps my two favorite lovers due to the age difference which made for an interesting sexual liaison and a great change.

The part with the sovereign and his “unwilling” artist lover in the elevator played into my personal darker sexual fantasies and that made for a nice literary change that I don’t normally see most people having the guts to right in books as of late.

As most of you will know who have read my blog or the book page I currently have on face book, I have a disdain for the up-surd rules we now have in the American publishing world about not allowing sexual encounters with “underage” characters and sex scenes being so limited in books, especially Y.A. books; even though teens have perhaps more sex than anyone else in this country.

This book was strange, vague, erotic, beautiful, and wonderful and I came out with far more questions than I had going in which is always surprising. One of the best aspects which I saw mentioned on several other reviews of this work was how the author related the feelings and emotions of the character couples for each other; how she described their absolute internal needs for each other. This is something the author excels at! It is my fervent wish that she take these strange shorts and put them all in a full length series so that I can get to know the world she created and also these wonderful characters.

Many things ran through my head as I was reading each short. Different songs, books, and movies came to mind for me as usual. Several porno’s came to my mind as well lol. As a gay man I have to say that several aspects of these stories were a real turn on. I wish I had pictures of what the author see’s the characters as looking like; a list of stars perhaps that would fit their basic description as she understands it. I would like to see through the authors eyes just for a while as I read these shorts, so I can see what she see’s… and feel what she feels. I imagine that would be a most interesting experience.

Since this is a short story or rather a selection of short stories and only my second review, I do not think it appropriate that I try and judge it by the same standards as I did the novel in my first review. So instead of ten stars I will be judging with seven. My complaints: The lack of context and explanation about many aspects of who and what these characters were, and the fact that I can’t read more encounters with these very sexy characters right now lol. So I give this book 4 out of 7 stars.

In the future, when I can do it the way I want it done ratings will be done with quills.


Now for the "She said" potion of this "He said, She said" review;

I give you the review by Tammy from Tams Two Cents Book Blog:

Let me start by saying if you aren't a fan of Male on Male stories, this short isn't for you. There are some extremely graphic, steamy and sensual aspects to this writing. I would almost describe this as a BDSM M/M short as it skirts that genre in 3 of the 5 shorts.Only 19 pages, this is a series of short stories (couple pages each) introducing us to several couples that I hope J will pick up and write full length stories for each. My personal favorite was Sinful Love with Deril and Ash, I must have a full length novel giving me more background for this couple.I liked the way J expressed the feelings of the various characters throughout; what they saw in their partner, their feelings toward said partner and what was happening during the scene in that particular characters mind. There is a carnal pleasure and domination aspect in most of these shorts as well as a bit of paranormal.I give this one 3.5/5.. but that's just my two cents! 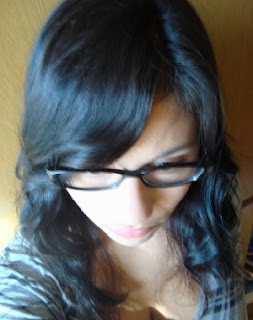 Author’s Bio:
I’ve spent my youth studding foreign languages. Education is a big part of my life. I took my first bachelor degree when I was 17 and still at school. Now I am a college student in my second year and in the future I will be an economist.

I spent my free time writing, reading, drawing or watching animes. Music is a huge part of my life. I love technologies and graphic programs.

'Black lace' is my first book and it is part ‘Paths of the spirit’ series. If you like my writing I would love it if you share it with me.


"The Pride will separate the Death and the Vow will bring the wrath of the Rei." Red Moon, Path's of the Spirit series #2

a Rafflecopter giveaway
Posted by Rev. Lucien O'Corvi; The Shamanic Minister, A Voice in the Crowd! at 3:00 AM