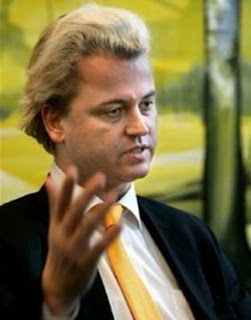 There is a man; a european diplomat; this man took time to warn us of the dangers of radical islamists. I recived this in an e-mail and I felt I had to share it with as many people as possible! Now after my last several posts, many with think I am anti-islamic. I am not anti-islamic! I am anti-radicalism, fundamentalism, biggotry, and hate. Radical fundamental islam is a religion of hate and terror! They enslave women and children, they mutialte girls with things like female circumcison, they murder (exacute) gay people, they hate jews and christians, and they seek to control all life on this planet! Make no mistake, radical fundamentalist islam is not a religion of peace, love, or God! There are peaceful loving muslims! They are called sufis, and they are the highly spiritual, enlightend, mystics of islam! Let us pray that their spiritual flame spread like a brush fire throughout islam and destory and replace radical fundamentist islam! Let us hope their Love destorys all the hate of the radicals now and forever! This man who came to warn us is a decent man! We need to heed his warning people! We need to listen to him! He is a man of courage, but let us hope he is nOt a prophet telling us a definite future! Let us hope that he warned us in time to stop this from happening here!

AN EXCERPT OF HIS SPEECH;

Geert Wilders is a Dutch Member of Parliament.
In a generation or two, the US will ask itself: who lost Europe?'

Here is the speech of Geert Wilders, Chairman, Party for Freedom, the Netherlands, at the Four Seasons, New York , introducing an Alliance of Patriots and announcing the Facing Jihad Conference in Jerusalem. ........