Some say he was a Mad Man, All say he was a Sad Man, but none know the full story of this Mystery Man! His Death was as Mysterious as His Life was Troubled! He inspired us all with his Melancholic works, and his shadow of influence still lingers over us all! 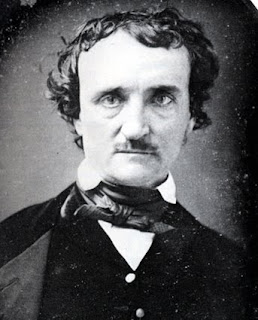 The shadowy tales and poems of Edgar Allan Poe have captured the darker aspects of our imaginations since the time in which he lived! His works have been turned into suspense and even horror movies many times over. An observation I think any fan of Poe’s could make is that there are two themes that surface repeatedly through out his body of work. The sting and surprise of betrayal by someone trusted, and being haunted by a lost love!

I do possibly know what he experienced in life to make him fixated on these issues. The sting of betrayal is possibly attributed to one of three things that happened to him in his life; the first being his fathers abandonment of the family when he was a child, the second due to his first serious love quitting him and getting married to another before even telling him, and the third is his foster fathers estrangement and later disowning of him!

The theme of lost love might possibly be because of all the women he lost to death in his life! First his mother when he was a child, then his foster mother, then later on his young wife who was also his cousin died at far too early an age!

Poe did not a have a great or happy life! His life was filled with hardship and sadness, some of it his own making! As an outspoken literary critic he gained many enemies, one of which was of such low rent character that the man actually published a pseudo-biography of Poe after his death in order to discredit the dead Poe in all areas of life! Poe was known to be a notorious drunk it is true! What seems un-true is that he was ever a serious drug addict! We can surmise that in his early years had had a slight gambling problem, but with out steady income, this problem did not last all that long it seems! His work has best been described as being in “The Gothic” genre, and is filled with certain repeated elements, such as sadness, reanimated bodies, jealousy, satirical dark comedy, and sometimes revenge or even karma!

This writer loved the macabre, and also mystery. Detective fiction since his time has been highly influenced by his writings; there are those that say he is the father of detective fiction! I can not say if it is true, but I can say that his influence in that genre and several genres can still be seen today! There are those who credit him with heavy influence over science fiction also. His poetry got peoples attention and his craft at short stories helped him to become known. However while he was alive he only experienced minimal success if that! He gave people the writing he thought they wanted; the writing that he felt had mass appeal. He was more famous in Europe then here in his own country. I guess one could say he did his absolute best to be a pop writer.

After one reads about his life, one can’t help but see the connection to his work, I can not say if this was intentional on his part or part of the great cosmic synchronicity, but the connection is there. His works were filled with tragedy and so was his life! Most of the people in his day were not endeared to him, but I hope it brings some measure of peace to his spirit wherever it is, to see that in our day his work is well liked and respected. There are some occultists I have heard say, that they believed there is a victim soul; in this case a tortured artist who has been reincarnated many times through out human history to be born and produce great master pieces and leave again. These people have claimed Edgar Allen Poe to be the reincarnation of Shakespeare. No one can say this true with any certainty, but I can say that there does seem to be a melancholy that was very real in both of these artists! 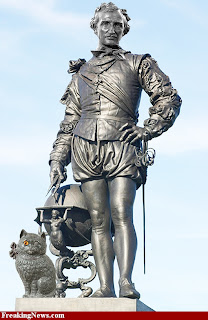 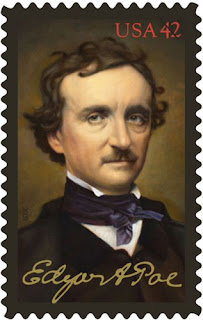 Despite the sad and often dark nature of Poe’s work, he had a large influence on my childhood years! I use to have my mother read me his poems, out of a book I had of his collected works. The one thing I think that struck me as a child and stuck with me was this sense he had of the other world. Ghosts reached out of death back into this life to try and speak with their loved ones, or sometimes someone who had wronged them in some way! Being a child who grew up seeing all manner of spirits, I related to this very well! There was a foreboding that inhabited his works it is true, but also buried deeply was an unspoken hope that our loved ones were still alive past death and that they could reach out and still touch us and call to us! This hope, said that we could be reunited with them! Far from leaving me with a cold feeling of fear like they do with some people, his works leave me feeling excited and happy! So despite the darker nature of his work, and the shocked reactions I can already hear in my head, at those who read my words; Hope is what I truly get out Poe’s work, and Hope is what I will keep from him; what I will always take from his writings! Sometimes it is the hope of Love surviving past death into some eternal after life, and sometimes it is the hope that there is justice in the world, if only the Karmic kind; But there is Hope! And I think if Poe were here right now, knowing what he knows after death, he would say it is better to live in that hope! 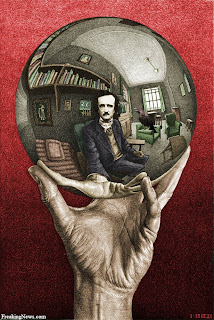 My Favorite Works of Poe;

The Black Cat
The Cask of Amontillado
The Fall of The House of Usher
The Pit and The Pendulum
The Tell-Tale Heart
Annabel Lee
The Bells
The City in the Sea
Lenore
And of course one of my all time favorites (no matter how cliché), The Raven (and; no, for those wondering, this poem has nothing to do with my name! my name has to do with one of my totem animals lol)!

Normally I never tell people to go to Wikipedia due to all the misinformation, however the wiki page on Poe I find is a great place to begin to get information about Poe’s life and work for those interested in studying him!
So here is the link;
http://en.wikipedia.org/wiki/Edgar_Allan_Poe

His death much like the lives of some of his characters is an ongoing mystery that no one has ever really solved! To truly appreciate his life, one must look at his bizarre death I think which echo’s the mystery in his writings! He was found in cloths that were not his own outside dying of still unknown causes! He kept muttering the name “Reynolds”, but no one ever understood what he meant! 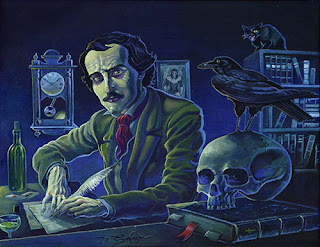 The Raven as read by Actor Christopher Walken;

Now the man himself is the inspiration behind a movie being released soon; “The Raven” 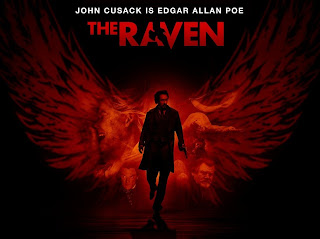 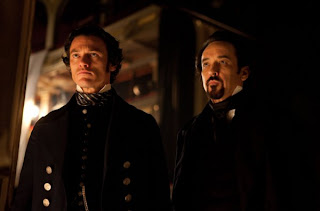 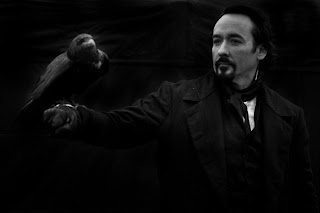 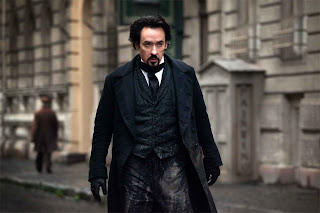 There is also little doubt in my mind that the magnificent movie “The Crow” starring Brandon Lee was heavily influenced if only on the subconscious level by Poe’s “The Raven”! The Crow movie is yet another thing that heavily influenced my early years! It helped cement beliefs I already held as a child and my out look on Love, and my world views! 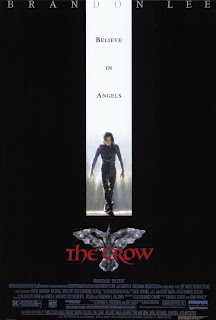 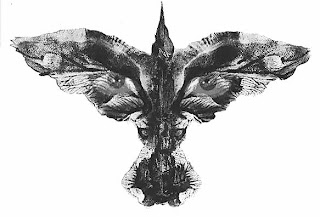 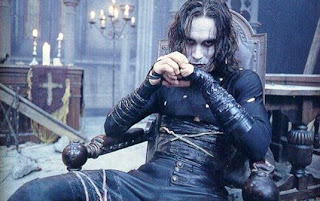 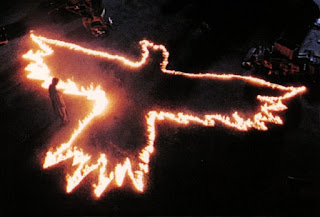 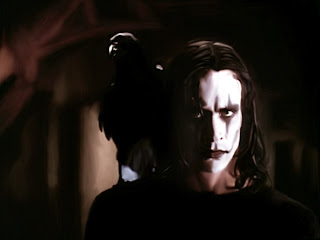 One of my favorite quotes is in this movie;
"Mother is The Name for God on the lips and hearts of all children"! 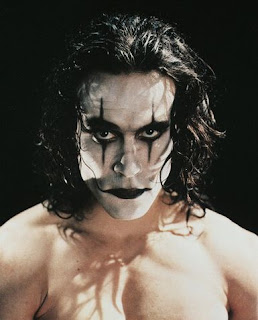 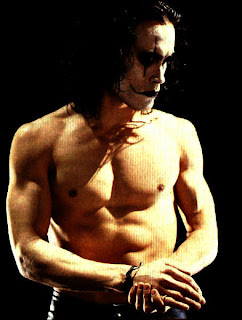 ***
There were many sequel’s all of which were worst than the last, but the first sequel; The Crow City of Angels, was terrific!; 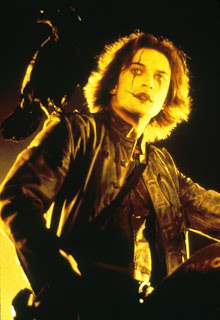 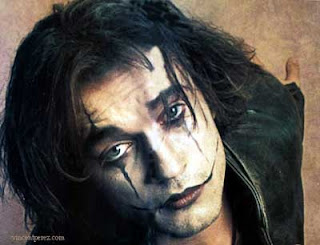 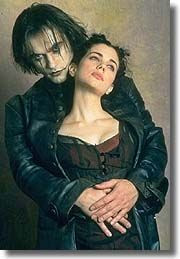 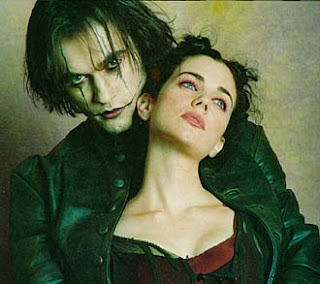 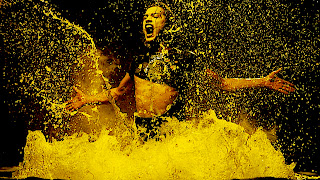 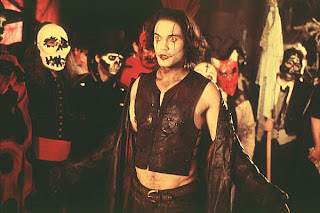 I will leave you with another one of my favorites;
~Alone by Edgar Allan Poe~


From childhood's hour I have not been
As others were; I have not seen
As others saw; I could not bring
My passions from a common spring.
From the same source I have not taken
My sorrow; I could not awaken
My heart to joy at the same tone;
And all I loved, I loved alone.
Then- in my childhood, in the dawn
Of a most stormy life- was drawn
From every depth of good and ill
The mystery which binds me still:
From the torrent, or the fountain,
From the red cliff of the mountain,
From the sun that round me rolled
In its autumn tint of gold,
From the lightning in the sky
As it passed me flying by,
From the thunder and the storm,
And the cloud that took the form
(When the rest of Heaven was blue)
Of a demon in my view. 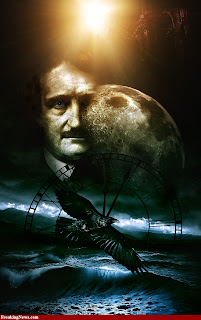 Posted by Rev. Lucien O'Corvi; The Shamanic Minister, A Voice in the Crowd! at 12:37 PM