So what kind of things do we have going on in gay news as of late?... 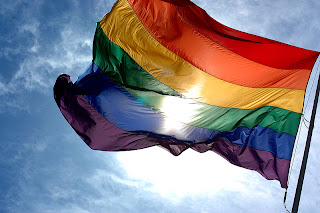 So what kind of things do we have going on in gay news as of late?...

The evil evangelicals have once again convinced America to be afraid. They have lied to people and told them that marriage quality would destroy traditional marriage and family values but offered no proof to support their ridiculous stances on marriage.

Uganda is most likely about to pass a bill that will make being born gay punishable by death, as well as making it criminal to even know someone who is gay and not report it to the police. The government of Uganda is trying to keep tabs on all gays so that it can eventually wipe them out through state sanctioned genocide! And who is behind this? The evangelical missionaries that went to Uganda and spewed their anti-gay hate filled rhetoric over their because we won’t kill gays here. Though sometimes I wonder if that isn’t what’s coming next. We have historically seen similar campaigns against certain groups of people in things like the nazi holocaust against jewish people. the nazi’s also killed people of color, various religious groups, and homosexuals! The evangelicals are no better than the nazi’s. most modern day so called Christian sects are remaining silent against Uganda instead of preaching out against them. silence is tantamount to full support of this new holocaust! Any church that doesn’t preach against this evil, and the evangelical agenda is not only hypocritical, but are aiding and abeding the spirit of the anri-christ. The roman catholic church which is the largest religious Christian organization in Uganda has remained completely silent on this issue. Shame on them. recently a former cardinal told the media that gays would never make it to heaven. The new pope who is the head of the roman catholic church is in fact a nazi. He was quite literally a part of the third reich. People something is rotten in denmark, and by denmark I mean America and Uganda! The modern evangelical church along side the roman catholic church has truly declared war on gay’s. They are opposed to any and all laws that would in fact make us full citizens and humans. They want us to have no basic equal human rights or civil liberties that are supposed to be guaranteed to all American citizens!

Yet with all this going on there are other things going on which give me cause to hope. The true Christians of the Episcopalian church let a split happen rather than letting the church be controlled by anti-christian gay haters. They have sanctioned women and gays to become part of the priesthood. They are allowing in some districts for priests to bless same sex marriages. There are some catholics who are crying foul in the roman churches treatment of women and gay’s. tolerant churches who embrace gay’s are springing up around the world more every day. These new churches are truly Christian and practice what Christ preached about how we should treat each-other. These new churches are getting re-educated as to what scripture actually says in the original languages! These new churches are based on the original new testament church and have a higher more mystical spirituality, which is more in keeping with the teachings of Jesus Christ! The media around the world are starting to report violations against the ethical treatment of the gay community world wide, and are being more honest about what is going on.
Kids today are decidedly more tolerant and accepting of people who are different from themselves thanks to generation x who raised their kids not to be hate filled like a good number of people from the baby boomer generation! Every day I hear more stories about children standing up for everyone’s equal rights!

Yes this is truly good news that I am glad to hear.

The evangelical churches want everyone to live in fear so that way they can keep us fighting with each other and keep us under their control. Well, now we know what’s going on and we are not going to take it any more! We will rise up to fight them, and we will win! Our winning is inevitable! They; the evangelicals know this. They are afraid of us! they are afraid of what is coming! They are silly to be afraid but they are! We are not seeking to destroy anybody! What we are seeking is equal treatment under the law. We are seeking to destroy their fear based control however and replace it with tolerance, love, and freedom! These things are no less than the virtues, qualities, and characteristics that were and are upheld in the teachings of Christ! These are part of the fruits of the spirit. Those without them are not followers of Christ, and those who fight against them are proving themselves to be agents of evil, allies of spiritual darkness, and servants of the spirits of the anti-christ. We will fight against them, and because we have God on our side we will win! Equality, freedom, and justice are going to come to all of us! there is a change coming in our climate, the answer my friends is blowing in the wind; and the answer is freedom! It is time for a change! 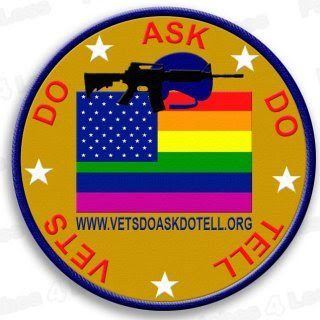 Posted by Rev. Lucien O'Corvi; The Shamanic Minister, A Voice in the Crowd! at 8:20 PM