The difference between Christian Mysticism, and Gnosticism: 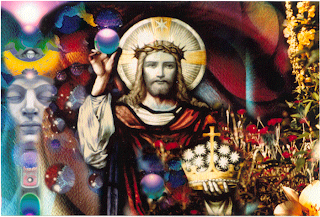 The difference between Christian Mysticism, and Gnosticism:

(these are historical and traditional differences, though they are not true for everyone, and are far from being universal to all christian mystics).

The main differences between the two are as follows;

1) traditionally gnostics believe that the physical world is altogether evil, as is the God who made it.
2) They believe that Christ was never physically here, and that he did not die, and that if he was here his resurrection was of the spiritual not the physical. That is to say that they think if Christ was actually here that he died, thereby freeing him from his human physical body which was in their thinking a prison or trap of sorts.
3) They have a pantheon or smaller gods, and goddesses.
4) They believe one can be saved through special knowledge.
5) They tend to worship the divine mystery instead of the source of divine mystery. 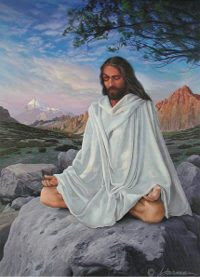 We who are Christian mystics traditionally believe that the physical world is just as sacred as our own body temples which are temples of the divine, and that the earth is a manifestation, symbol, or representation of God’s own divine motherhood.

We believe that Christ did physically come here, that he was all God, all man, human, and divine. That his redemptive work on the cross was all sufficient to cover over all sins past, present, and future, with forgiveness and spiritual freedom. We believe that Christ is the way to salvation, and that he was part of the Trinitarian God-head. We believe that there is one God who is made of three distinct personalities. We believe that we are saved and brought to eternal life by Grace through faith in Christ.
We believe that there is only one God, who is trinity God. “Hear oh Israel, the lord our God is one”!
We do not worship creation though we do revere it.
We worship not the divine mystery, but rather the source of the divine mystery which is God.
We believe that once someone is truly saved then they are always saved.
We believe in sola scriptura, a doctrine that teaches that scripture alone is enough to sufficiently guide one through life, and teach us what we need to know in order to be saved. However we also honor any and all teachers, guides, help, and experiences in life, that God sends us beyond scripture. While we honor and accept this help, and revere all our helpers, teachers, and experiences greatly, as well as honoring tradition, we are adamant that tradition is not necessary for ones salvation. Tradition is merely one more way we choose to participate in our salvation. 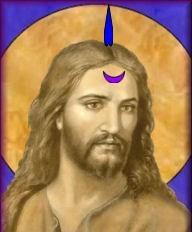 Of Christian mysticism it has been said “I am a Christian because of who God is, and I am a mystic because of who I am”. I do not know the author of this quote but I have always felt this way.

The word Christian brings so many conflicting ideologies crashing together that I will not define that word to you here. Everyone defines it their own way in any case. I am no exception to that rule. Let us say here that it simply means “follower of Christ”. I will also add that I am speaking of original Christianity, not the modernized, americanized, or Romanized christianity that is so rampant in the world today. The religion that I speak of when I use this word is loving, tolerant, truth seeking, non-judgmental, non-persecuting, respectful, kind, compassionate, and loving. It teaches love not hate, it says that what happened in the roman and german inquisitions was evil, it says that what happened during the American witch trials was evil. It says that what the roman and American churches are doing to gay people is evil. It teaches us how to walk in beauty with the lord. It teaches us a better way of life. It teaches us about the mysteries of God and the unseen worlds. It tells us how Christ wants us to preach the gospel and be his witnesses in a way that is respectful of people who disagree with us. This is the Christianity I speak of. 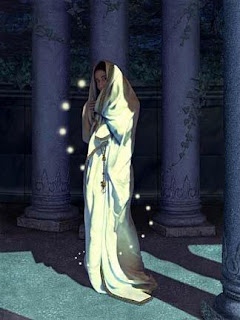 Mystic:
I will start defining this word as first saying that mystics are different from Gnostics.
A mystic is one who spends a lot of time on the intense study of the mystery of the divine, and the divine within. A mystic looks for what was revealed by God and what was concealed. One who believes that you can come to know the divine through both subject and objective experience. The word mystic has its roots in the word mystery. A Christian mystic wonders what a the bible says in its original unedited form, with its original wording, and its original context. The mystic concentrates on coming into true and deep relationship and connection to the divine, with nature, with the entire universe, with their fellow man, and with their innermost being. They worship the divine without and cultivate the divine within.

“mysticism according to its historical and psychological definitions, is the direct intuition or experience of God; and a mystic is a person who has, to a greater or lesser degree, such a direct experience. One whose religion and life are centered, not merely on an accepted belief or practice, but on that which the person regards as first hand personal knowledge”!
Evelyn Underhill; mystics of the church. 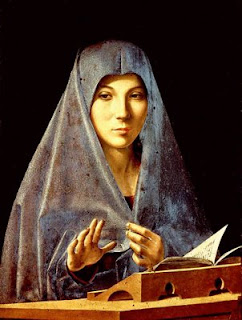 Blessed Be!
Posted by Rev. Lucien O'Corvi; The Shamanic Minister, A Voice in the Crowd! at 7:13 AM