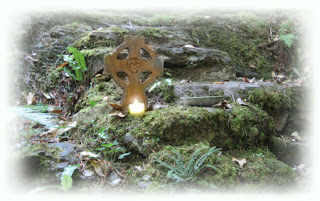 The Celi De (also called ceile de, culdee, and kuldee) were the early descendents of the first druid converts to Christianity long before the time when st. patrickus brought the teachings of the roman church to Ireland. While the church of Rome, and the bishop now known as Patrick were very intolerant of those people who still practiced and lived by the old ways of the druid traditions, the Celi De were extremely tolerant. Christianity was first brought to the Celts in the west of Europe shortly after the crucifixion and the ascension of the Christ. The Celi De called Christ, Jesu the white Christ, Christa an-ri (Christ the king), Christa Ard-Ri (Christ the high king). Saint Joseph of Arimathea and Saint Mary Magdalene brought Christianity to the celts of the west. Later Saint John was said to have made a trip for a brief time to the western celts to check on their spiritual progress and administer to their needs. Saint Paul converted a group of more eastern Celts called the Galatians. Some say that Joseph of Aramethia and the Magdalene made the trip at the behest of Christ, while some say it was at the suggestion of Phillip and Matthias. Joseph and Mary Magdalene went to first Gaul now called France, and then to Avalon now called Glastonbury England to preach the gospel and set up the first Christian communities in western Europe. Joseph built the worlds first above ground church at Avalon. Mary stayed with Joseph for a brief time becoming the first Christian abbess or Reverend Mother to bare the title lady of the lake, high priestess of Avalon. She quickly trained another woman to take her place and fill her role there, and then left Joseph there and returned to France to set up the communities she founded there. It is said that Joseph died at Avalon and Mary died in France. Some say Joseph was the uncle of Mary Magdalene, while others say he was the uncle to Mother Mary and a relative of Yashua. It is said that the Magdalene was a prophetess, a great healer, an Essene high priestess, and that she had many spiritual gifts. She is called the apostles to the apostles as she was the first person to know of the resurrection of Christ and she was the first to preach the gospel which means the good news of the resurrection of Christ. Joseph was said to be a skilled craftsman, an architect, a lay healer, an essene lay priest, a seer, a counselor, a scholar, and a judge who knew the Hebrew law, some even go so far as to say he was one of the Pharisees but this is far from being a proven fact. Saint Joseph, the Magdalene, and Saint Brigid are the three most revered saints of the Celi De. Joseph is usually remembered as the benefactor to the dead Jesus, giving him his own pre-prepared tomb, holy anointing oils and ointments, and a burial shroud of expensive linen. 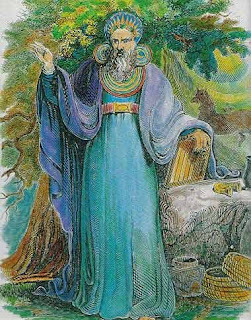 The Celi De kept their traditional celtic druidical style of worship. They simply exchanged the worship of their old pantheon of false gods for the truth of the one true God. Many say the early druids were actually already monotheists of sorts, believing that there was one divine being who had many faces; which this divine being chose to express as a plethora of different gods and goddesses. They emphasized the teachings Joseph brought about God as the Holy trinity. The teaching of the Holy Trinity became the very heart of their doctrines. Later this was used by Patrick when he used a shamrock to teach the pagans he was trying to convert, about the Holy Trinity teachings. The gospel quickly spread from Avalon to the rest of England, Ireland, Scotland, and Wales. Then it spread through out the rest of the celtic nations, and the western world. Within a few generations of josephs death these celtic Christians began to refer to themselves as the celi de. The word celi de (also called ceile de, culdee, and kuldee) literally means spouses of God. It has also been translated (in implied translations) to mean, vassals, servants, vessels, friends, warriors, and children of God. They focused on the mystery of the divine, the divine spark within nature, and the divine essence within themselves. They strongly upheld the teachings that we are all made in the image of God, and that the body is a temple of the divine. They were strongly individualistic having no real hierarchy to speak of in the begging. Some lived in small communities, while others became holy hermits. Those that survived into the era of the church of rome taking over, either were martyred by rome, or they were absorbed into the monastic life of the roman monk-hood, where they adopted a hierarchy system of bishops, and reverend fathers, nuns, and reverend mothers. 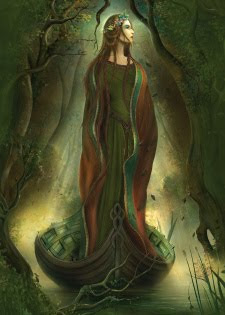 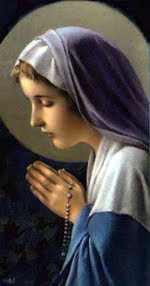 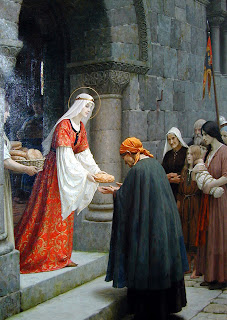 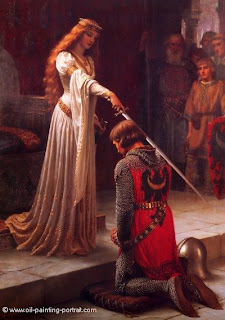 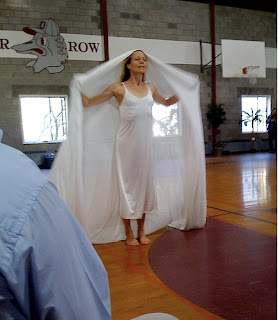 The Celi De like most of the early celts were extreme examples of gender equality and egalitarianism. Men and women were equal. All people were thought to be able to receive divine guidance and speak directly with the divine presence. They had a high reverence for both nature and what they like their ancestors called “the otherworld”. They had a high reverence for the messengers of God, and most other worldly beings. They placed a great importance on the inner experience of spirituality and religion. They were mystical thinkers, and natural philosophers. Their approach to religion was open but not overly so to new interpretations of the faith, and they openly borrowed themes, terms, concepts, and symbols from the old religions of their locale. They were artists, scribes, bards, and healers, as well as natural priests, and astronomers. They were very spiritually gifted people with a vast esoteric knowledge. They were said to be welcoming and friendly to all in need, kind, and generous, very unassuming, tolerant, and non-judgmental people. 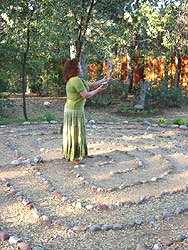 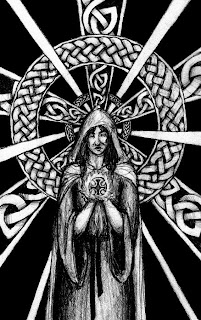 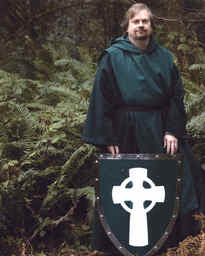 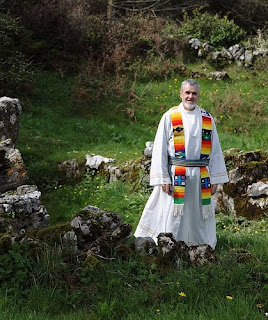 Blessed Be!
Posted by Rev. Lucien O'Corvi; The Shamanic Minister, A Voice in the Crowd! at 7:20 AM