Hero's to the Gay Community; Installment 1

There are some hero’s to the gay community that I have wanted to write about for a while. I just want to acknowledge what they have done to help the gay community so that we remember what they did for us and so that others may follow their examples!

There is a young boy by the name of Will Phillips (age 10) who got into to trouble at school (and faced the fire), by standing up to the school over the fact that he exercised his right to not stand up and say the pledge of allegiance. After he found out that his parents gay friends did not have the right to get married, he decided that the pledge of allegiance was hypocritical. He is right of course. He said that there is not justice and freedom for all! He is hero! “and a child shall lead them”; this quote from scripture was talking about the Christ child, however it is also my belief that it was also speaking of a spiritual principle that teaches that children can be just as important spiritual guides as the most learned people on the planet, because their sense of right is simple and honest. Children know truth unless it is driven out of them to do so! I thank God that indigo children like Will are here to show us a better way! 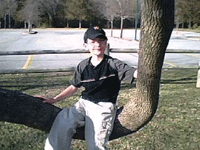 Pauley Perrette a well known actress on the N.C.S.I. show had a commitment ceremony with her fiancé Michael Bosman. The couple has said that they refuse to marry until her gay friends also have the right to get married. This is a huge sacrifice on her and her husbands part! They are hero’s to the gay community! They are so very brave for making such a hard decision! Other Hollywood couples have also become hero’s and echoed this action. Among these celebrity couples are Charlize theron and her partner Stuart Townsend, as well as Brad Pitt and Angelina Jolie. Brad Pitt gave a huge sum of money to a campaign to help fight the ban on gay marriage! These people are using their position, their wealth, and their power to help make the world a brighter place! 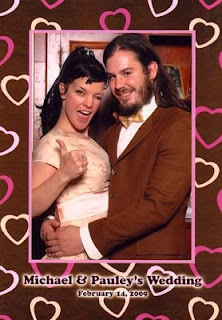 Pauley P. and Michael B. 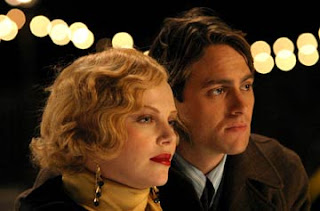 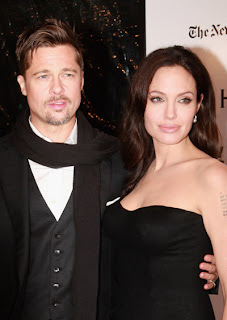 
The second golden girl to die Bea Arthur left a large sum of money in her will to various charities. One of these charities is the Ali Forney Center of New York an organization that helps to shelter and house homeless youth from the G.L.B.T. community to which she left 300,000 dollars. By being an activists this acclaimed and talented actress showed compassion, dignity, grace, love, light, and class! She is a role model that people should look up to! 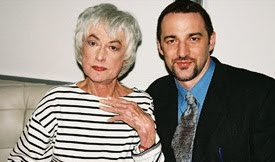 Bea A. with director of the Ali Forney center Carl Siciliano

Daniel Radcliff best known for playing harry potter, and staring in the controversial stage play equus has not only donated to the Trevor project but has lent his celebrity. The Trevor project is a non-profit organization which operates the only nationwide, around-the-clock crisis and suicide prevention helpline for lesbian, gay, bisexual, transgender youths. The Trevor Project was founded in 1998 by three filmmakers whose film, “Trevor,” a comedy drama about a gay teenager who attempts to take his life. It received the 1994 Academy Award for Best live action short film. Since its inception The Trevor Helpline has received hundreds of thousands of calls from LGBT youth across the country.
Daniel has been quoted as saying; “I am very pleased to begin my support of The Trevor Project, which saves lives every day through its critical work, It’s extremely distressing to consider that in 2009 suicide is a top three killer of young people, and it’s truly devastating to learn that LGBTQ (Q = questioning)youth are up to four times more likely to attempt suicide than their heterosexual peers. I deeply hope my support can raise the organization’s visibility so even more despondent youth become aware of The Trevor Helpline’s highly trained counselors and Trevor’s many other resources. It’s vitally important that young people understand they are not alone and, perhaps even more important, that their young lives have real value.” 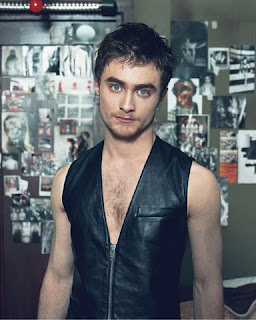 these people are an inspiration to me and to all enlightened people!

I will continue to write various installments of this blog where I will post more hero’s as time goes by!

http://www.aliforneycenter.org/
Posted by Rev. Lucien O'Corvi; The Shamanic Minister, A Voice in the Crowd! at 8:32 AM