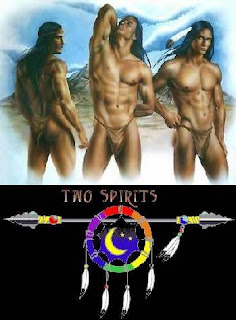 .. ..
Two spirit is an old native American term for a certain type of person. It cold be a person from the g.l.b.t. community, a man who is very in touch with his feminine energy, or a woman who is very in touch with her masculine energy. It is anyone who does not fit society’s conventional gender roles, or sexual “norms”. These people use to be honored and held as very special beings. In many cases they became shamans. Unlike other people they could chose what jobs and roles to fill in society. They could go back and forth between roles and jobs at their own will. This was a privilege held only by two spirit’s. 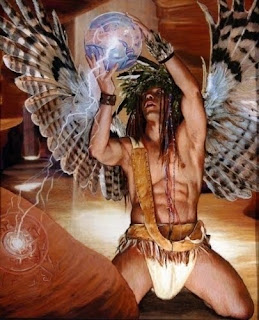 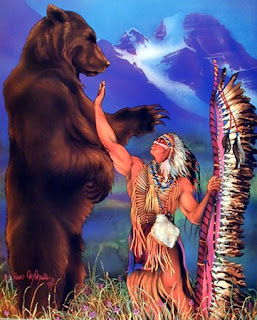 They were believed to have special powers, energies, and abilities. From time out of mind two spirit peoples even in modern society were highly spiritual people in most cases and almost universally I would suggest that they are servants and ministers of beauty. Even in modern society this holds true for the most part. Almost any job held by gay people is about bringing beauty to the world. Be it in the arts or entertainment, fashion, the culinary arts, or etcetera. Even jobs that seem mundane or about anything other than beauty such as civil service jobs, military, politics, or social justice; gay people seem to bring a sense of integrity, art, and beauty to these careers. Gay people bring a much needed sense of balance and w-holistic-ness to the world. Two spirits have a special ability to bring healing to the open wounds of society. In recent times we have begun to rediscover the truth that people are born with natural inclinations in life. For example scientists have discovered what they refer to as the God gene. In religious or spiritual people it is “turned on” to some degree or other. In the gay community there has been talk of the “show-tune gene” which I believe is very real. What I mean to say is that sexuality to a large degree has less to do with environment and more to do with genetics. I was informed quite recently that there seems to be sexual deviations that run through my bloodline. Apparently several of my ancestors were two spirit people. Many of the gay people that I have been privileged to know have had similar stories about relatives. In other countries they are all ready proving that sexuality is not only determined before birth but is fluid and can change throughout ones life, like the ebb and flow of the tides. 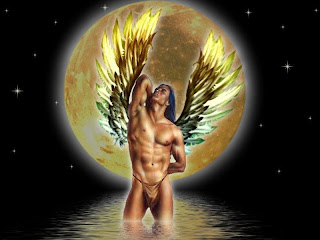 There is also a native American belief that I share about two spirits being special for more than one reason. Many native americans believe that two spirit people help keep balance in nature as a form of natural population control. When there are too many people on a continent to be supported by the natural resources nature turns on the show-tune gene in the people of that land and many two spirits are born. In this way people do not overly deplete the natural resources and things can find healing, balance, and stabilization. There is also a falsehood that I would like to correct. There is a notion being put forth by the evangelicals who dare call themselves Christians. They claim that every religion and every culture since the dawn of time has always defined marriage as being the union of one man and one woman. This is one of the biggest lies ever conceived. The ancients did not define marriage at all really. Those that did defined it as the spiritual union of consenting adults. And adults back then might have been as young as thirteen. In the old testament we know that the patriarchs had multiple wives. The romans who had many forms of marriage and legal sanctions for them all, had many examples of men having husbands, and women having wives. The native americans are the same historically speaking, although many tribes today who have been indoctrinated by white peoples ideologies would deny it. There were many examples in older times when two spirit males were married to men, and two spirit women were married to women. The celts were known to have engaged in same sex relationships, and we also have famous examples of homosexual life long consorts as seen in the case of Alexander The Great and Hephaistion. What we have no historical examples of however is any nation defining marriage in any one set way. Not even the tyrannical emperors of rome had the audacity to try and do such an evil thing. We even have examples in places like africa where women have multiple husbands. It is clear that the lies being espoused by the so called Christian right wing extremists have one agenda. The evangelical agenda is to spread the message of hate, hell, and fear. In some cases like what is currently going on in Uganda, we even have examples of American and worldwide evangelicals trying to push world leaders into committing genocide on the gay community. Well my fellow citizens of planet earth, we need to collectively as a species, as one race, the human race stand up to these people and say with one loud defining voice “no, enough is enough, shut your mouth, we don’t care what you people think, and we are not going to be bullied by you anymore”! and we need to keep on saying it until they shut their mouths and go back to church were they belong. Were maybe just maybe they will open their bibles, read Christ’s teachings and learn just how wrong they are, and how anti-christian they are being! Two spirit people need to just stop asking for permission and demand our rights, along with the special status we use to enjoy as people who have unique insight into life, and abilities, or spiritual medicine that is different from any other group of people on the planet! We must use our collective voice and forever silence the agenda of hate! 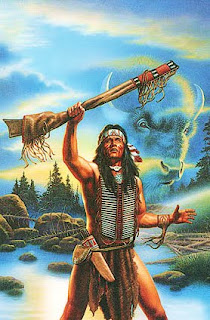 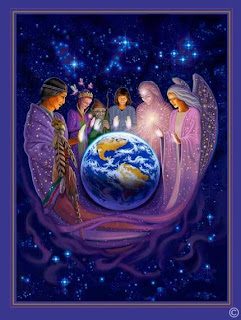 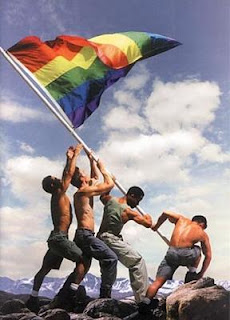 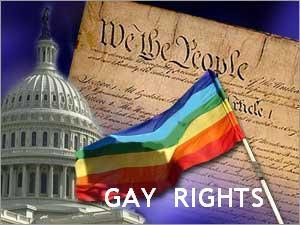 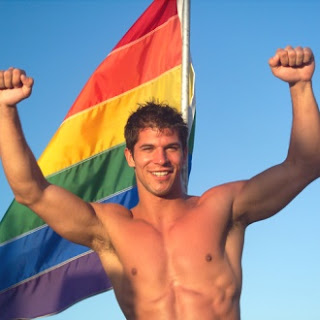 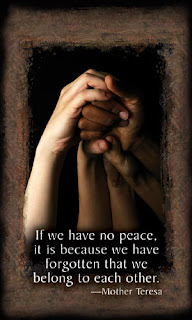 bb
L
Posted by Rev. Lucien O'Corvi; The Shamanic Minister, A Voice in the Crowd! at 8:24 AM