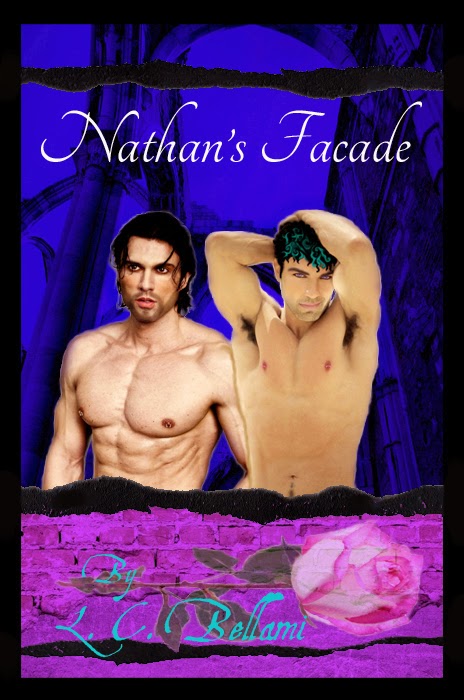 A short story about the power of first love at first sight
…a modern day fairytale.

What if the walls come tumbling down…What then?

An architect and construction worker meet and fall hard for one another. When certain circumstances arise they are pulled apart. Can they find their way back to each other, or are they destined to be alone? With the help of a mysterious old woman and a newly formed family of great friends and odd ball characters, they may just stand a chance!

Nathan is the hottest young architect around and a greatly sought after as he is the most eligible trust fund bachelor playboy. Everyone wants a piece of him and many seek out his artistry. Nathan however is lonely and keeping a very big secret from the entire world. He is kind and shy and is always afraid in the back of his mind that he will once again loose everything that matters to him in life, as he did once before.

Joe is a construction worker who is large and in charge. He is what he is and doesn’t hide a thing…except how empty he his life has began to feel. He is tired of one night stands and desperately yearns for something deep and real…a love that will last, and a relationship beyond the physical. He also has a desire to know the finer things in life…he wants to drink wine and know if it is a good vintage, he wants to look at paintings and understand their secret language…he wants a better life where poverty is a distant memory. He would happily and thankfully however, settle for true love even if he never gets the rest.

When these two meet, lives and emotions collide and great transformation is around the bend and life will never be the same for either men.

Will these two unlikely lovers be able to overcome their differences? Why do both men feel like they have met each other, upon first glance? Will Nathaniel let go and let Joseph knock down the walls of his careful facade to come in? If he does…what will the fall out be?

Nathaniel Langly: is the hottest young architect in Chicago. Sought after by everyone and caught by none. In fact dating none…as in ever; not really. He goes on fake dates four times a week, and the evening always ends after dinner. Despite his status, his business achievements, and his talents…he is shy, kind, gentle, soft spoken, and utterly hopeless when it comes to seeking what he really wants…what he really needs. A big strong man to come in and share his life with him…and a big strong hand on his behind. He never had a father to show him how to be a man and he has always wanted a father figure…a father figure with benefits. Unlike the circles he runs with… he doesn’t care about money, prestige, or any part of the superficial facades that the upper class concern themselves with in desperate attempts to hold on to their fortunes, and distract themselves from the miseries in their own lives. The fact that Nathaniel looks like the love child of Emmet Cullen and Clark Kent, with a side of Michael Angelo’s David doesn’t always help him in his personal life, though it most likely did get him his first few jobs that made his career. He doesn’t think of himself as all that attractive though a lot of people tell him that he is. When he looks in the mirror all he sees is hopelessness and what he doesn’t have. Despite this fact, he always finds a way to put a smile on face, ever the professional and soldier on through all the lonely nights. Until he meets Joseph and his world to changes almost overnight.

Joseph Hays: is a usually quiet, very intense construction worker with a longing to better his life and situation. Not that he minds hard work and anyone can see that. Hard work turned him into one of the hottest men ever to walk the earth. He is the definition of tall, dark, and handsome. He is not shy about who and what he is either, which despite the differences from his co-workers earned him some respect. While the other men cat call women to no end, he himself cat calls young college age boys confusing some, infuriating others, and making a few feel orgasmic when he looks their way. He is the manifestation of what it would look like if you crossed Eros and Adonis the Lords of sex and beauty, with the dark knight on his black steed, and then threw in a little cowboy for good measure; did I mention he was born and raised in Texas…and they really do grow them Bigger in Texas! He moved to Chicago at sixteen. A couple of his peers and ex’s would describe him as a blue collar god. He likes guys a little younger than himself. They are more open and more malleable then men his age, who seem so stuck in their ways. His friends often call him Smokey Joe because his sexual attractiveness is evident even to his straight fellow co-workers. Smokey Joe doesn’t exactly refer to a cup of coffee, but alludes to the fact that Joe is smoking Hot. He wants someone to share his life with. He is tired of the occasional one night stands. He wants to be adored by one person who he considers truly worthy of his time, attention, skills, and oh yes… actual Love! He also wants someone to let him take control in the bed room, and also to show him the finer things in life that he longs to know!

Nathaniel Langly is taller than the average man, standing at six feet. He has black curly hair that always manages to look flawless and perfect. He has kind, soft, blue eyes, and a complexion that is almost unreal; looking as if porcelain can have a natural bronze tone. His face is angular with both sharp and rounded features, and high cheek bones that make him look as if he is descended from royalty…or possibly from a mythological deity.

Joseph Hays is taller than Nathaniel by a good five to seven inches; he is built, and broad. He has dark hair that when not tied back hangs just above his shoulders and around his chin. When it is tied back short strands fall out and hang in wavy tendrils around his face. His dark eyes are intensely warm and bright. They are a mix of dark chocolate brown, and copper, with flecks of amber and red. The guy smiles a large sexy grin. He has a cocky swagger, his hips sauntering so that when he walks he looks as if he is making love to the entire world.

The Physical Inspirations behind Nathaniel and Joseph are Henry Cavill and Joe Manganiello. 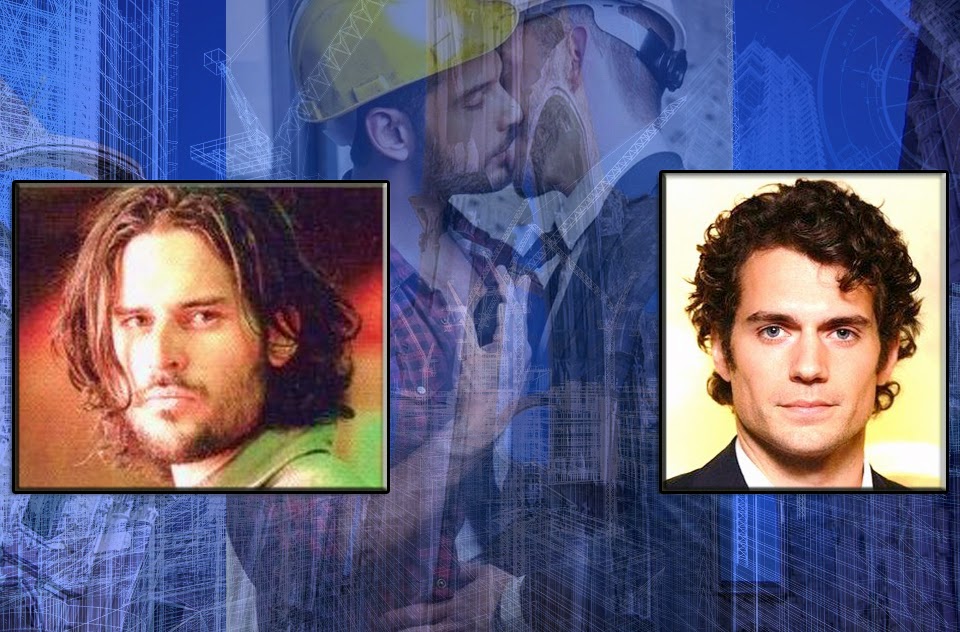 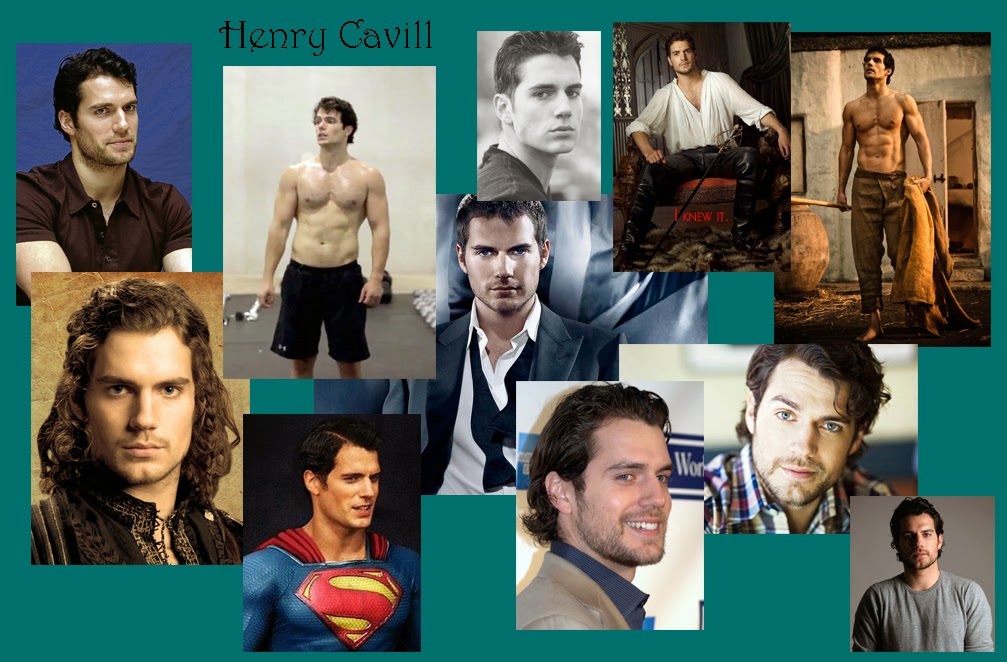 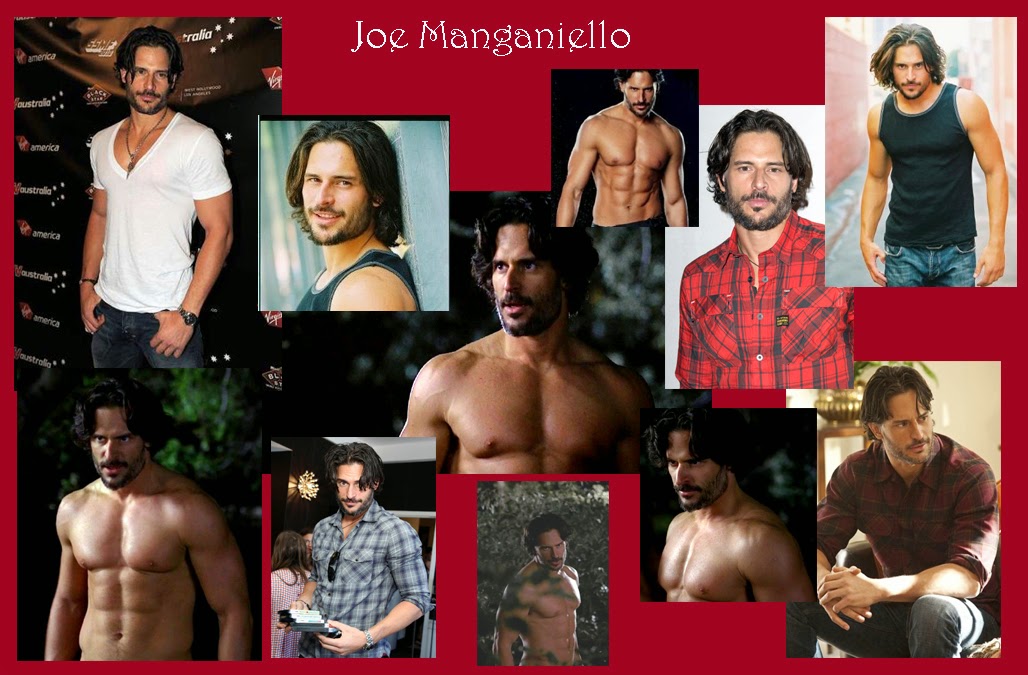 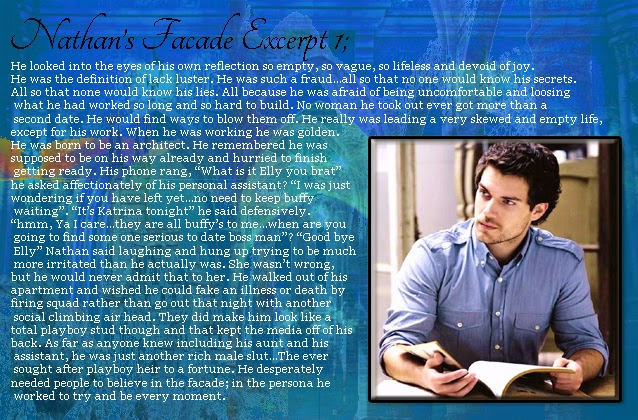 Hear the songs and music that Inspired the author as he wrote this story. A Mystic Born into the wrong century and on the wrong continent, L.C. Bellami somehow ended up being born and raised in Texas. He was born into a family which has long been in The Ministry. Religion and Spirituality play a part in all that he is, though as a proud Queer he has a far different perspective about life than most people. He was raised loving Literature and The Arts. After Deciding traditional education was not serving him all that well, he enrolled in vocational school and became an Alternative Health Practitioner; and later went on to become an Ordained Minister. He had many interests growing up and many dreams that never came to fruition; however one dream never left him. The desire to be a published author has been a life long aspiration. As a Survivor of abuse and bullying he loved to escape into books, movies, and music. Stories were and still are a lifeline that takes him to a brighter place. His goals as a writer are as follows; to write the stories he always wanted to read as a young queer man and never had, to bring the awareness of God and Spirit to people with a new perspective, and to help people understand that sexuality is neither wrong or without sacredness and beauty!

This book when released will be found selling on Smashwords, and ARe.

Interesting Information about this new Author:

This Author has some interesting thoughts on accepted modern rules of grammar, and his own unique way of telling a story that is not what most people are used to.

Check out his thoughts on his blog, found on these posts:

Author's commentary on what to expect from his writing

a Rafflecopter giveaway
Posted by Rev. Lucien O'Corvi; The Shamanic Minister, A Voice in the Crowd! at 3:00 AM 0 comments